61% of Congolese refugees crossing into Uganda are children

Jack, 34, and his family from the Democratic Republic of Congo have had sleepless nights for the past two months. Upon arrival in Ntoroko in Western Uganda on February 11, 2018, Jack, his wife and 5 children were relieved to finally ‘enjoy’ a good night sleep.

“We have been on alert for the past two months without sleeping. When the fighting intensified, we ran for safety. Do you know how it feels to spend months without any sleep? When we arrived at the Catholic Church (in Ntoroko-Uganda), we were excited that we can sleep. Even though it is on the floor, we have not enjoyed this kind of sleep for some time,” Jack Kabagambe explains with a smile.

The family did not carry any extra clothing, food or household items. “I saw people running and I decided to run with my family to the bush. We later walked for about 3kms to get a motorcycle that rode us towards the lake. Some of our relatives ran towards Bunia,” adds Jack. At the church, over 1,000 refugees were registered during the weekend of February 10. Seated in groups outside the church, the refugees ponder their next move while some receive treatment inside the church. 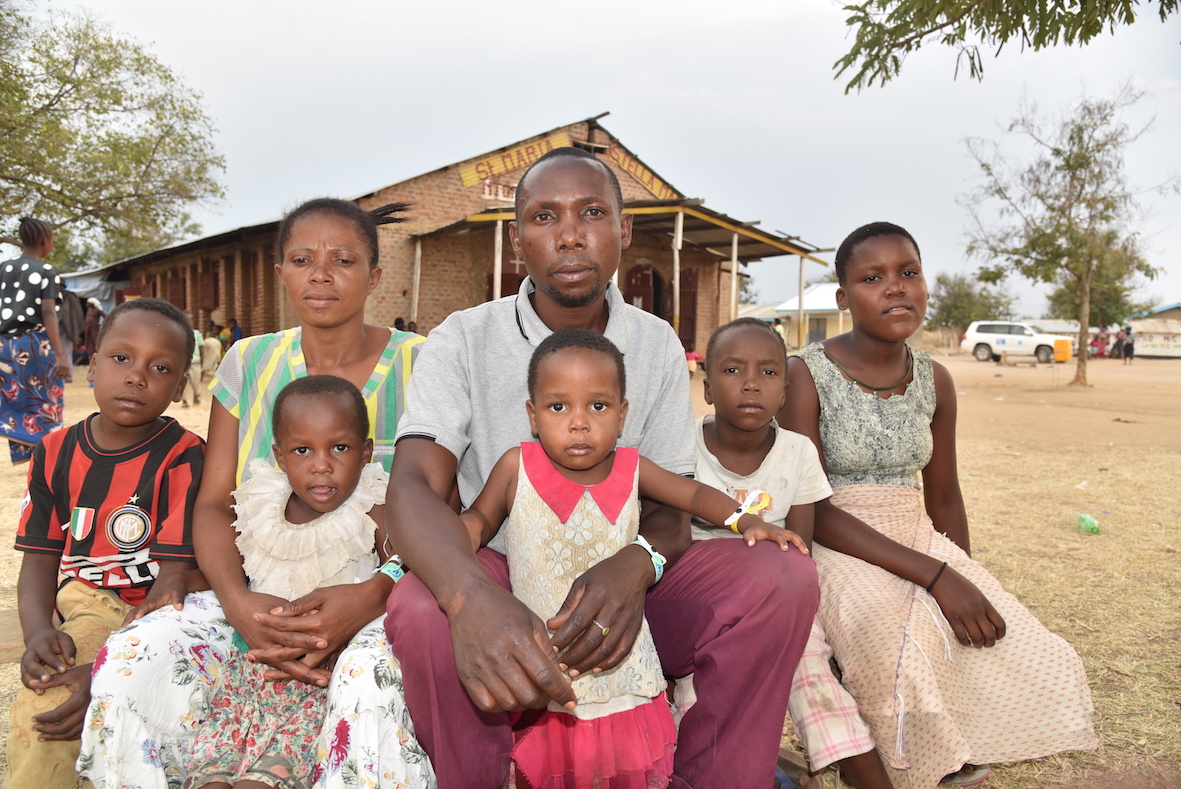 Jack is not alone! He is among the 39,982 Congolese refugees that have crossed into Uganda between the 1st of January and the 15th of February 2018. On average, 869 refugees arrive every day. 61% of the Congolese refugees in Uganda are children. The refugees are fleeing renewed attacks by the Mai-Mai militia in North Kivu as well as the intertribal violence, arbitrary killings, rape, abductions and looting in Ituri. According to the Office of the Prime Minister and UNHCR, the total number of refugees from DRC who call Uganda home is 251,730.

Seated with his wife and children aged 14, 10, 8, 4 and 2 at Ntoroko Catholic Church which is acting as the transit centre, Jack revealed that riding on a boat to cross into Uganda was the only option to safety and running away from death. Each person was charged USD6.4 on the boat, hence Jack had to pay the equivalent of USD45 for his family.

On that day, the boat carried about 70 Congolese refugees. Riding a boat was a first-time experience for all of them. Jack is grateful that his family is safe. His appeal to the government of Uganda, friends and well-wishers is to help his family rebuild a shelter, access food, healthcare, clothing and for his children to continue with their learning.

In Ntoroko and other entry points into Uganda, UNICEF is supporting the district local governments/local authorities and other agencies in the delivery of basic services in order to fulfil the rights of all affected children both amongst the host communities and within the new arrivals.

Specifically, support is provided for immunization and nutrition screening at transit sites, reception centres and settlements where the refugees have been transferred. In addition, UNICEF is working with the Uganda Red Cross Society to promote positive hygiene behaviour, provision of clean water and appropriate sanitation. Together with Save the Children, UNICEF facilitates the safety of children especially the most vulnerable amongst them and engages with the hosting districts to support early learning for children.

Mughuma Joan, the Assistant Chief Administrative Officer Ntoroko district has confirmed that all new arrivals are screened for malnutrition and other health conditions such as cholera, polio and hemorrhagic fevers in addition to undertaking general medical checkup. “We are deworming the children and providing Vitamin A supplementation. For women of reproductive age, we provide a tetanus dose,” she explained after a district and partners planning meeting.

In Kisoro district, Erike Barangirana, 26, crossed into Uganda with his wife, children aged 10 years and 10 months via Nteko border point. They walked for three days before reaching Uganda. “They are killing people from there. People are running. We had to escape and run without anything else apart from these clothes we are wearing. We managed to rest on the way but my daughter (10-year-old) is very tired,” Erike who arrived on the 16th February 2017 reveals.

Erike and hundreds of others who cross via Nteko and Bunagana boarder points on a daily basis are transported by UNHCR to Nyakabande Transit Centre. From Nteko to Nyakabande, it is 60kms. A pregnant woman, Goretti, who arrived on the 16th February looked exhausted. She had spent some days without food or anything to drink. The provision of energy biscuits from WFP upon arrival triggered a smile on her face. All new arrivals receive energy biscuits.

“Nobody comes with anything. When they arrive at the transit centre, they enjoy sound nights. Some of them can sleep for two days without waking up. This is because majority of them have been staying in the bush with no sleep,” Esau Bahikayo, the Camp Commandant of Nyakabande Transit Centre narrates. He adds that the biggest number of women are widows.

At Nteko, majority of the arrivals were women and children including hundreds of unaccompanied children. A few refugees especially women were seen carrying limited luggage while majority crossed empty handed.

Philips Limlim, UNICEF’s Chief of Mbarara and Central Region Field Office appreciated expedited efforts by Ntoroko and Kisoro district local governments in responding to the influx. In Ntoroko, he noted the need to account and plan for new arrivals who had self-settled and were now integrated with their relatives.